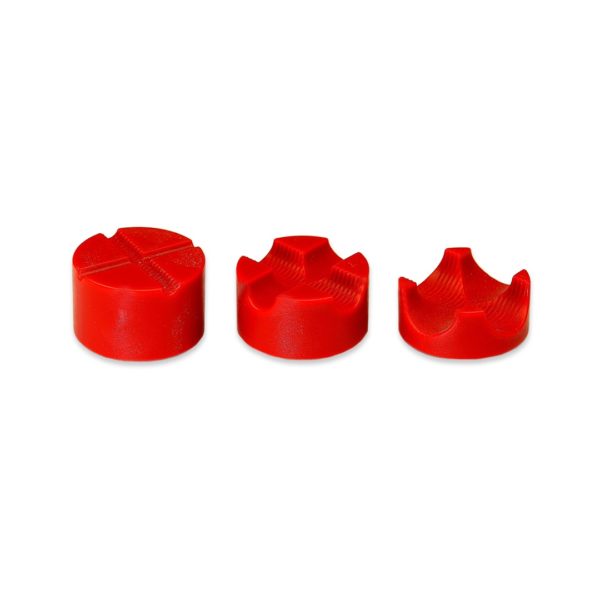 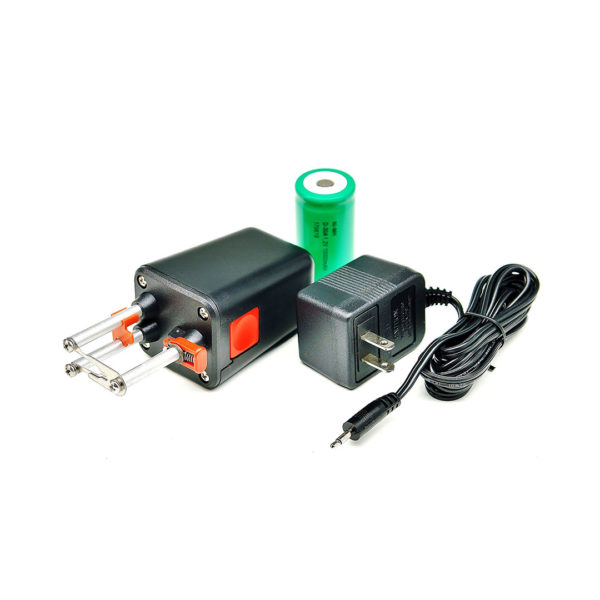 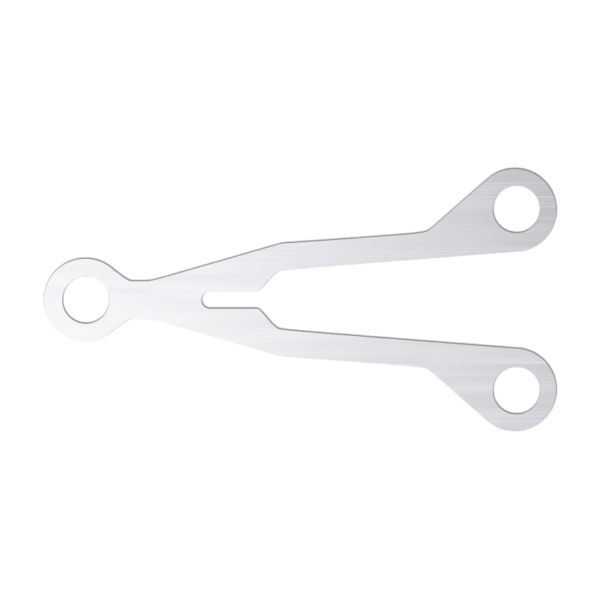 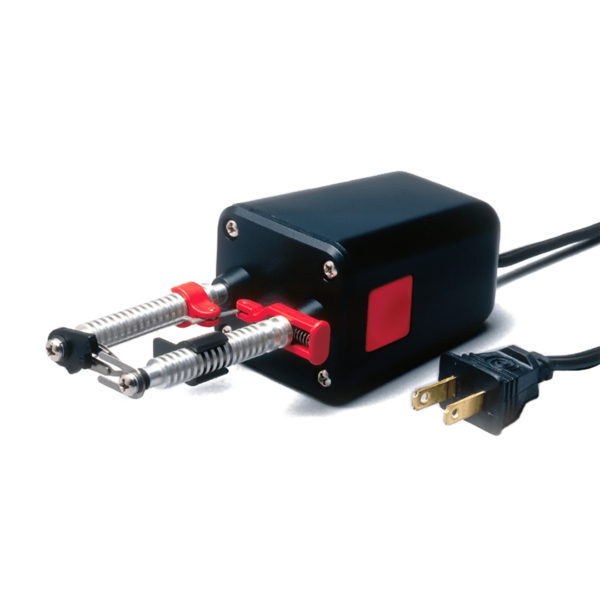 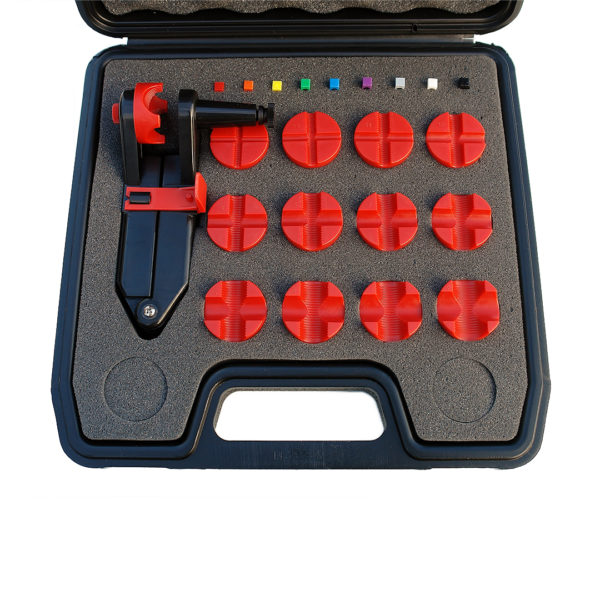 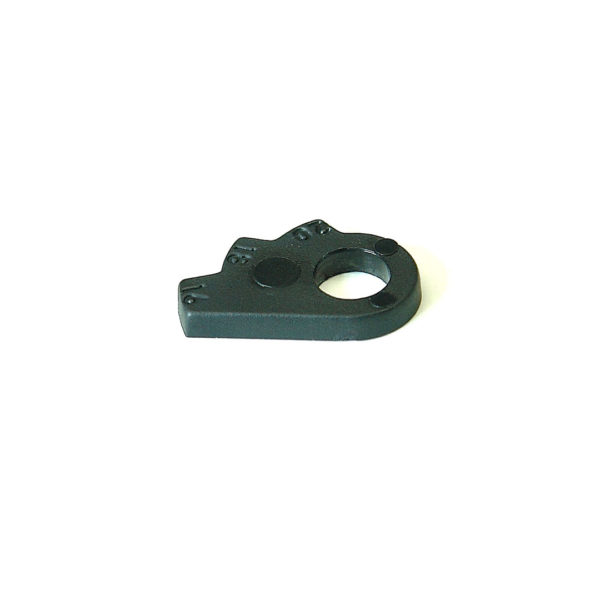 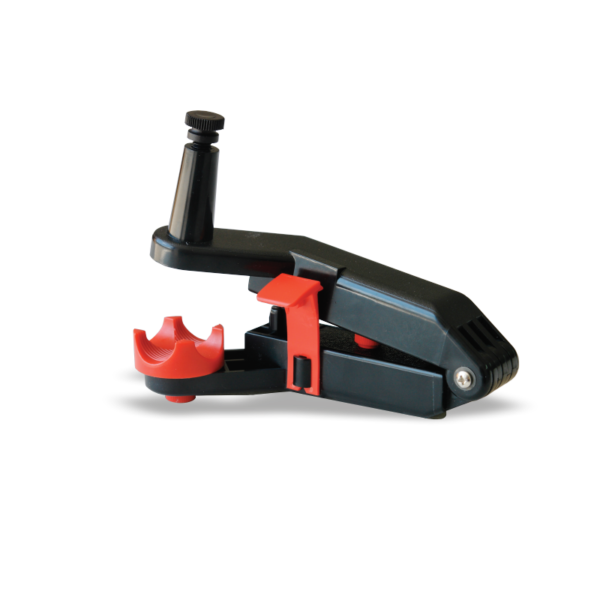 PTS-300 is designed to strip medium to High-Temperature insulation (PTFE etc.) from wires and cables ranging from #16–#30 AWG. It includes Stripping Head and Switching Power Supply with Built-In Temperature Controller.

PTS-300 Thermal Wire Stripper is a low power line operated tool, which far surpasses all previous devices in safety, versatility, speed, and economy. The patented design incorporates a uniquely shaped Nichrome heating element, which heats up quickly up to 1,700 deg. F and it will efficiently strip medium to High-Temperature insulation from solid, stranded, or shielded wires in the range of #16- 30 AWG.

The extremely thin heating element produces negligible amount of fumes  and therefore the use of these strippers does not require special ventilation. The fumes produced be thick element designed tools  should be exhausted.

The element design features two sections. Ringing section (a heated section where the insulation is thermally separated) and pulling section where the thermally separated insulation slug is wedged between two parallel edges of the stripping element for an easy removal. Adjustable gage selector will block the entrance of the wedged conductor to the next and smaller opening thus preventing any scraping of the conductor. Although this section of the element also carries the current which heats the separating section, it is not annealed (due to its greater widths and much lower resistance) and therefore it retains its hard temper. In addition, these edges are supported by .025″ thick, hard temper element support. This will allow pulling a slug as long as 12″ without damaging the element or conductor. Please note that wires # 24-30 AWG are stripped directly at the heated end of the stripping element. The friction of small gauge wires against the insulation is low so there is no danger to damage the element while pulling off the slug.

The stripping element is only .010″ thick (.008″ PTS-10) and therefore the thermally cut groove width is much narrower than the two element models offered by other manufacturers. This low mass thermal stripping technology means less power, faster heating time, shorter cooling time, less fumes and higher quality strip. The longevity of the element is also greatly extended because the annealed portion of the element is used mainly for ringing (separating) the insulation rather than pulling off the slug.

Of course, there are no nicks because of the rounded edges of the stripping element. The heated section of the element is also protected by an element guard, thus reducing the risk of burns. The segmented design of the studs helps dissipate heat thus reducing the risk of burns even in prolonged use. The weight of the PTS-3 stripping head is less than 5 oz. (0.150 kg.). There are also other unprecedented design features such as gauge selector, flicker accessory etc. not available on any other currently available tools. Patco Thermal Strippers also cost less than competitive models.

There are no reviews yet.

Only logged in customers who have purchased this product may leave a review. 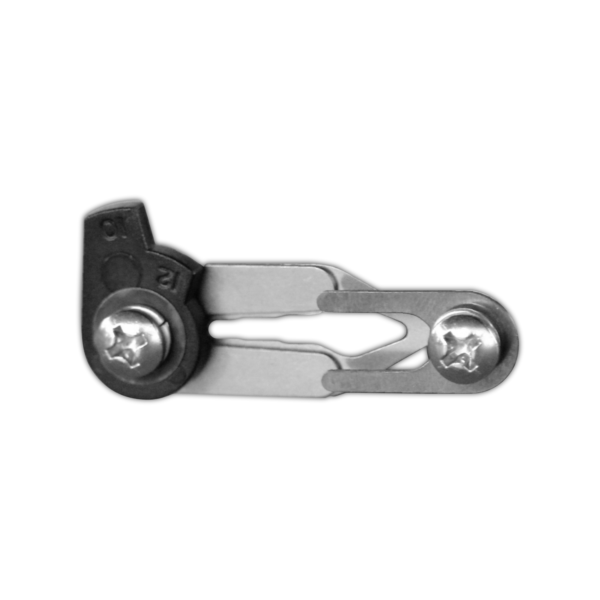 $134.00
Add to cart
Add to Wishlist
Compare
Close
Sign in Or Register